“My biggest concern and fear has always been, ‘What will I do to get Pon his citizenship?’” For Aom*, Pon’s mother, this question brings tears to her eyes.

In the mountainous regions of southeast Asia, ethnic minorities known as ‘hill tribes’ have settled across Thailand, Myanmar, Laos, and Vietnam long before borders were drawn. Many of these minority groups live in what were extremely remote areas until around forty years ago when infrastructure such as roads and government services began to reach into their communities.

Content to live amongst themselves, with their own language and culture that is distinct from ethnic Thais, these groups largely existed outside of government systems. They did not register the births of their children, for example.

Once these areas became more integrated into Thai society and systems, hundreds of thousands of these groups became stateless due to a lack of documentation proving their right to and eligibility for Thai citizenship, despite living there for generations.

The Implications of Statelessness

Stateless people are not considered citizens of any country. With no country claiming them as citizens, they are systematically denied fundamental rights in every country. In Thailand, stateless people cannot travel freely, are limited in employment opportunities, cannot open bank accounts or take out loans. They cannot own houses or land. They are not included in Thailand’s universal health care system. They are not entitled to any of the rights of Thai citizens and thereby lack a social safety net.

“Statelessness has been identified as the number 1 risk factor for hill tribe women and children to be trafficked.” Indeed, “a significant majority of male entertainment workers in Chiang Mai come from various hill tribes in Northern Thailand.” 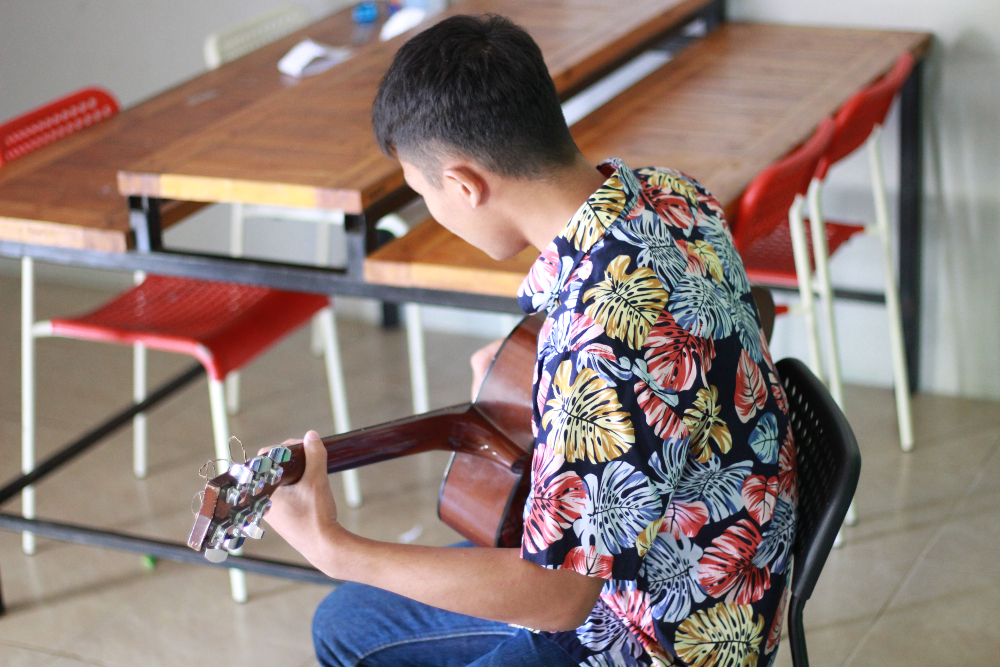 Born in Thailand, Pon is a member of the Akha hill tribe. His father was stateless and was about to receive his citizenship when Pon was three years old. Pon would have automatically received citizenship then as well. However, two months before their date at the government office Pon’s father passed away, and with him, Pon’s chance for citizenship did too.

The citizenship application process in Thailand is incredibly complex and, for those living on the margins, expensive. Making only around $300 a month selling yogurt at intersections, Aom couldn’t put away the savings for anything beyond supporting herself and Pon. She wouldn’t be able to negotiate the citizenship process herself, as it can be incredibly expensive for private citizens. Yet she knew that, without citizenship, Pon’s life would only get harder the older he got.

For Pon, there was a huge emotional toll from being stateless. “My friends asked to see my ID card, and I wasn’t brave enough to answer. My teachers would ask about my citizenship and I would feel really sad. I don’t have any friends who are stateless. It was really hard.”

Aom says, “He would ask me ‘when am I going to get my citizenship, when will I be like everyone else?’” She could do nothing more than promise him it would happen soon.

For many children, statelessness impacts their day to day life so much that they don’t feel they can have dreams or goals. Unable to take out a loan, higher education or even high school can be impossible for some families. Pon had always wanted to be a police officer. But without citizenship he wouldn’t be able to study or become an officer.

How Citizenship Made Pon More Secure And More Free

Pon joined The Freedom Story as a scholarship student six years ago. When he was accepted, our team worked to collect and submit his documentation for citizenship in order to secure his rights.

It took three years of following up with the government office, finding extra documents and securing the necessary witnesses and signatures in order for Pon to get his citizenship.

“When Kade [the Freedom Story staff] told me, I felt so happy. The thing I dreamed of for my son is going to happen! I was so happy,” Aom says, crying. “My hope for Pon now, after getting his citizenship, after securing this dream for both of us, is I want him to study as much as he can. To get a good job. I would love for him to own a house in Thailand… Now that he has citizenship he can stay here forever.”

Pon is much more confident now that he can allow himself to dream. His grades have improved and he is even more committed to his education because he has the chance to pursue higher education.

He has friends who are studying university in Australia, and now that he has citizenship it’s possible for him to also apply. Previously, he couldn’t even leave Chiang Rai province. Whereas in the past he struggled to find work, now when he applies for jobs, he can proudly present his Thai ID card.

Together, we are supporting children like Pon in securing the legal status they are eligible for and access their fundamental rights. With his rights secured and support to stay in school, Pon has avoided the fate of so many other stateless people in Thailand and can pursue his dream of being a police officer.

Having a strong foundation of support is essential for children at risk to grow beyond their circumstances. The security that Pon gets from citizenship and proper legal status makes it possible for him to hope for a future beyond scrambling at the margins, and freedom from fear of being exploited simply because he had no legal protections. We have 9 other stateless kids in our program. Will you help us provide the stability to secure freedom for children like Pon in 2021? Please help us reach our goal of raising $50,000 by the end of 2020 to protect vulnerable children and keep them safe through next year. Every gift will be matched for double the impact!