Ever since I read Justin Dillon’s book A Selfish Plan to Change the World, I’ve been struck by this quote:

“When some charity organizations use desperation to convince us to give, they miss the full potential of who we are by focusing only on our potential donation…. I don’t think it’s unreasonable to want to feel needed beyond my donation. In the charity desperation model, all I’m being given is information when what I really want is an invitation. I want to be invited to participate in stories that mean something.”

I’ve been thinking about ways we might invite our donor and supporter community to participate in more meaningful ways, and to be co-writers of the empowerment and community building experience. I have a friend who I think has harnessed this potential to great effect, and I’ve invited her to share some of that experience.

Rebeccah Bartlett is co-founder of Yogamour, an organization that runs yoga retreats, and uses the donations and skill sets from volunteers on the retreats and puts them towards philanthropic work in communities in India, Thailand, and a recent expansion into Myanmar. Most notably, she has been able to set up regular dental health and eye clinics run by generous dental and eye health professionals for communities who don’t generally have access to such care. Her clinics reach an average of about 350 people per year, up to their biggest year, where they reached about 800 people.

Beyond the numbers, her clinics have helped create meaningful experiences for both donor and beneficiaries alike. Before they started the program, the people in these communities had not much knowledge or awareness around basic oral hygiene. But Rebeccah has been able to witness the knowledge spread across the communities, so that by the fourth year, they went into the clinics expecting to have to give the usual lectures about oral hygiene, only to discover that everyone had been brushing and flossing. It was so gratifying and touching it was for the dentists and oral surgeons she had been working with literally were brought to tears.

On The Need for Flexibility in Partnerships

When asked if it can be challenging to balance the needs and expectations of what the donors would like to give versus what the recipient community needs, Rebeccah emphasized the role of partnerships, and the importance of being open to whatever way it might have the potential to play out because you can’t always envision what you might not be capable of imagining—meaning possibilities exist that you might not even be able to imagine, unless you’re open to all kinds of possibilities.

“Overall,” says Rebeccah, “everything is useful, [though] sometimes it takes a creative mind to figure out how to use a donation.” For example, she related a story where people had wanted to donate a wheelchair and some volunteers took it upon themselves to deliver it personally—but when all was said and done, the cost of time and money getting the wheelchair to India, ended up being over the value of the wheelchair itself, and the person it was intended for had already gotten one by other means. They eventually found a recipient who could use it, but the story illustrates one of the challenges of in-kind donations: where people want to donate a concrete object and it turns out that the transport and shipping of that item can sometimes prove more costly than to just buy it locally.

A commitment to open mindedness in partnership also has the potential to bring you to realizations you might not have otherwise had. “Maybe it’s just something as simple as you want just one person to do this one job, but there’s so many people that need purpose, that you actually need to give a job to five people, just so that people are feeling good.” In the end, despite the frustrations, “it leads you to realize that there’s an even bigger purpose than whatever you’re bringing.”

Flexibility in Style and Approach

Moreover, you need flexibility not only with regards to possibilities, but also in approach. When asked about the cultural differences not only between herself and the communities but also between each of the different communities she serves, Rebeccah explains,

“Thailand is very subtle, and when you ask somebody for something, directness is not part of the culture. It’s a very soft place. You have to match the rhythm when you’re having a conversation, so that you can read in between the lines of whether that’s really what somebody wants you to do or are they just being agreeable.

India is very direct in a lot of ways, and people are a lot more talkative and louder. In another way, it’s reading between the lines to figure out the common thread, in the 100 different ways it just went and how can I hone in on that and pull the conversation back.

Because it requires adjusting to what you’re willing to ask, and sensitivity to what will make people uncomfortable versus what will be okay for them, adaptability can become a huge asset. 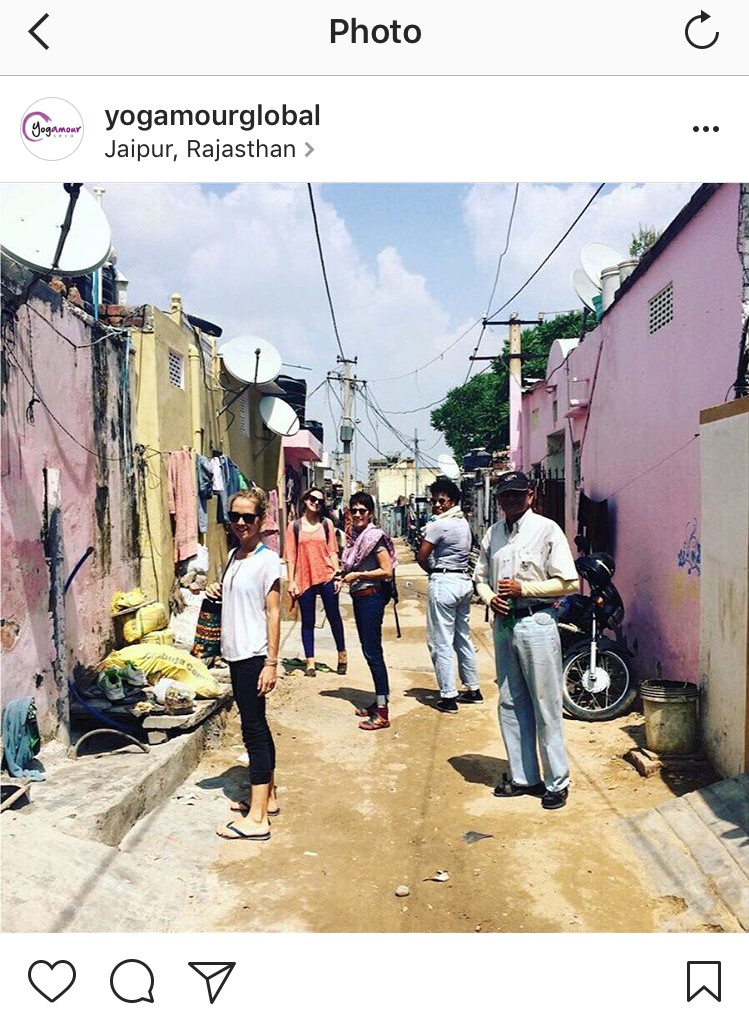 And sometimes the recipient is you

Partnerships are meant to serve the needs of the beneficiaries as well as provide a service to the donors. However, partnerships can also provide personal benefits in sometimes surprising ways.

As a white woman working in foreign cultures, she can often stand out in ways she’d rather not.

“There’s definitely been some times when it doesn’t feel easy, especially to be a woman setting up stuff. It’s quite shocking for some people. Sometimes I think that people maybe mistake your braveness for other things, like maybe they think [about] Western women being open to having relationships. A lot of boundaries get crossed really quickly, and holding hard to those lines can be quite scary, and definitely make you concerned about what maybe will happen. Partnership comes down to finding people within the community who can really help you, and help you hold those lines too. I don’t think it’s quite possible to do it all by yourself.”

In this sense, partnerships help give her legitimacy, as people within the community begin to trust her, and in turn, she can trust her partners to also provide protection when she might otherwise be vulnerable.

However, most importantly, is the greater sense of meaning work like this brings to your life. A lot of her friends over the years have said things like, “I wish I had the strength to be able to do that,” or “it seems too heartbreaking.”

Rebeccah’s response is: “I think it can be super heavy for sure. You definitely open yourself up to hearing some stories that are not pleasant. But most of the time, it’s just people connecting with people, and it’s not scary. It gives you so much more than you ever knew you needed, and gives you so much strength to be part of the action. Anybody really can do it if they just open themselves up to it.”

Thank you Beccah for so generously sharing your time and experience with us!

Dr. Jade Keller is the Thailand Program Advisor and Editor for The Freedom Story. After receiving a PhD in Political Science from UC Santa Barbara, she moved with her family to northern Thailand to work in child trafficking prevention, education, and helping to raise awareness. She is half American, and half Thai.