On Wednesday, September 19th, the U.S. Senate held its first hearing on a bill titled the Stop Enabling Sex Traffickers Act (SESTA). SESTA aims to penalize online companies that enable the facilitation of online sex trafficking, such as the notorious Backpage.com, the online advertising website that accounted for 73% percent of cases of suspected child sex trafficking in the U.S.

For those familiar with Backpage, and the legal troubles it has faced and is currently facing, legislation proposing to fix the situation is likely welcomed. A Senate Subcommittee’s two-year investigation, outlined in its subsequent report, revealed that Backpage knowingly edited content, both manually and through automation, to hide criminal activity, and also knowingly facilitated the commercial sexual exploitation of children.

The report goes on to outline how courts have dismissed both civil suits and criminal cases against Backpage using broad interpretations of Section 230 of the Communications Decency Act, 47 U.S.C. § 230 (CDA), passed by Congress in 1996. In two cases, after dismissing liability and charges against Backpage under broad interpretations of CDA, both courts suggested that, given the broad protections of CDA, legislation (not litigation) was the answer.

Who Wouldn’t Support That?

This proposed legislation is controversial because it would alter Section 230 of the CDA, a decades-old law that has protected tech companies (like Google, Facebook, Twitter, etc.) from liability for content posted and shared by their users. Many of Silicon Valley’s tech trade groups and tech giants, including Google, have argued and lobbied aggressively against this bill. They agree that child sex trafficking is abhorrent and understand the intentions behind the law, but they believe the wording of the bill is too broad, and, according to Eric Goldman, a law professor at Santa Clara, “potentially implicates every online service that deals with user-generated content.”

SESTA could lead to endless lawsuits for these online companies, hinder digital innovation, and keep small startups from entering or surviving in the industry.

Additionally, Digital rights advocacy groups, such as the National Coalition Against Censorship, and the American Civil Liberties Union, cite Section 230 to be as significant as the First Amendment when protecting free speech online. The passage of SESTA could damage internet freedom as we know it.

Furthermore, SESTA will allow state attorneys general to prosecute websites under state laws. This means that every internet company residing in any state will be bound to all fifty state’s anti-trafficking laws. Not only do online companies currently adhere to federal anti-trafficking laws, but adding the combination of all states’ anti-trafficking laws into the mix will be challenging for companies to abide by, especially smaller businesses and startups.

Not all companies have voiced opposition to this bill. Oracle Corp. and 21st Century Fox Inc. have come forward in recent days publicly endorsing SESTA. Though many believe these public endorsements are strategic digs aimed at the behemoth Google.

Ohio’s Republican Senator Rob Portman (R-Ohio) and Connecticut’s Democratic and resolute former Attorney General Richard Blumenthal are the leaders of the bipartisan coalition sponsoring this bill, and the legislation has the support of nearly 30 Senator co-sponsors. Bill supporters argue the added measure was narrowly targeted and carefully crafted to ensure websites such as Backpage.com, which knowingly facilitate the commercial sexual exploitation of children, can be held liable and brought to justice. Senator Blumenthal has disputed arguments about how the language in the bill is overly broad and about how the bill would undermine free speech online.

When the CDA was originally crafted in 1996, the Internet was still in its infancy. The Internet’s exponential expansion and impact have also fueled a dark side, which includes the emergence of sex-trafficking online. Sex-trafficking was not even recognized as a crime until 2000 when Congress formally criminalized sex-trafficking through the Trafficking Victims Protection Act.

The essence of supporters’ arguments for the bill is SESTA does nothing more than update the CDA to exclude sex-trafficking, a crime that did not exist in 1996.

This new legislation, if passed, is intended to prevent lawbreakers from continually gaining federal immunity through the CDA when victims of online sex trafficking fight for justice in courts against websites like Backpage.

The grim reality is that online sex trafficking seems to have increased substantially on the Internet in recent years. The National Center for Missing and Exploited Children found an 846% increase in reporting of child sex trafficking to its “CyberTipline” from 2010-2015. The center says this increase directly correlates to the increased use of the Internet to sell children for sex.

It’s heartbreaking to witness the online-sex trafficking victims—the women and children that were exploited, subjected to horrific crimes, and had their bodies sold through the exchanges of a bad actor website like Backpage—lose in court cases time and time again with judges citing CDA immunity. Something needs to be done to address this injustice. 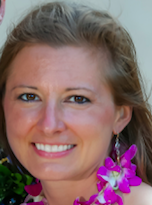 Maggie Chestney is The Freedom Story’s latest stellar intern, helping with everything from social media to grant writing. She holds a Master’s Degree in International Peace and Conflict Resolution from Arcadia University and a certificate in Nonprofit Administration from The University of Pennsylvania. Prior to her studies, Maggie lived and worked abroad for several years in Thailand as an English Instructor, and before that lived and worked as a Residential Instructor and Sports Coach at a private boarding school for students with learning differences.