When Khae first joined The Freedom Story, she didn’t expect to go into counseling. She worked with our sustainable development program, but then would also visit students and their families at home, often in the evenings, and began to provide mentorship and support. “I got to see the various problems they had, that they had so many issues. Not just that they were poor, or had money problems, or had problems with education. They had problems with their spirit, with their relationships within their families.” She explains how these problems manifested in the families, with widespread domestic violence, fighting, alcohol abuse, verbal or physical abuse.

Parents were stressed, dealing with the exhausting ordeal of poverty, and they usually had a high level of household debt (a 2017 survey showed that 53.8% of households in the North were indebted at the rate of approximately 167,952 THB per household, or approximately 8.8 times household income). The parents would feel that there was no way out, overwhelmed with their circumstances, they would turn to alcohol, and that would cause them stress as it used financial resources, continuing the cycle.

Khae saw directly how this impacted the students. Families lacked positive quality time together, and students lacked consistent caregivers. When students would have issues at school with their studies or their friends, they’d ask their parents for advice but the parents themselves lacked experience with education and didn’t understand their children. Technology has also advanced so much since parents were young, and they didn’t understand how society has changed. Students would in turn go out with friends, drink or take drugs, and race their motorbikes. The cycle continued. The kids lacked someone to turn to for advice.

“This was when I began to think we should have more options than we do, more than just giving them money for school, attending activities, and giving them knowledge through seminars and mentors. At this point, I was a mentor, and I would give advice and support to our students but eventually there would come a point where I didn’t know how to support the students. It was very hard because there were some very deep issues,” Khae explains. Other staff, too, were feeling the burden of secondary trauma through helping students and families deal with stressful issues.

“I had experience with counseling. I knew it would help people understand themselves, the problems, situations and would give people more new options, a new way of solving problems, give people a new way of thinking about problems. Counseling helps people see there are many points of view about an issue. This thought made me want to get my Master’s in counseling, so that I could help our community.”

Khae pursued her Master’s in counseling from Chiang Mai University, which is among the top three universities in the country. She worked and studied for over three years, commuting three and a half hours to take her classes in Chiang Mai. She officially opened the counseling program in 2017 and graduated from her Master’s in 2019. 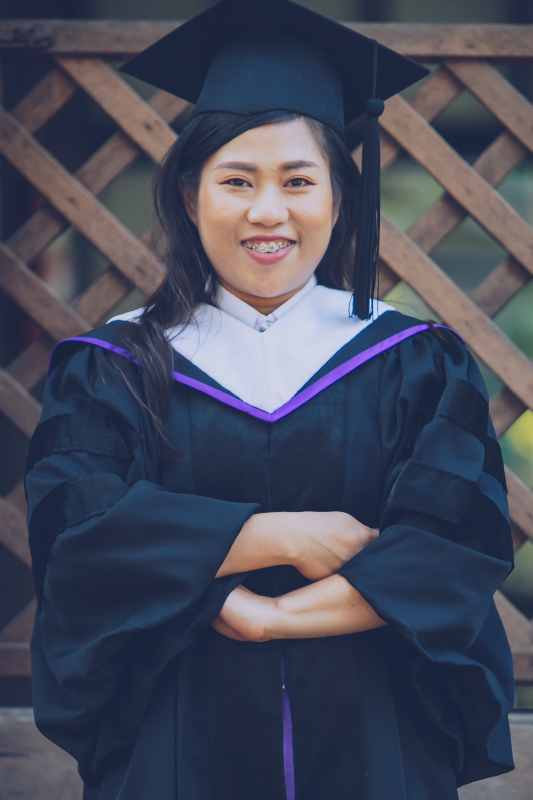 “Thai people are not very open [about their feelings], they still don’t understand counseling, and they think those who come to counseling are mentally ill, or have problems or aren’t normal. At first, people were scared. The kids didn’t understand why they had to come [to counseling], thinking, ‘Am I crazy?’ and things like that. Especially the villagers. It was hard for them to understand because they haven’t had experience with it before.”

But now, things are changing. “[The students] need someone who will listen to them, and understand them. This is something they don’t have because sometimes parents don’t listen to the kids or the kids don’t listen to their parents,” Khae says. The kids are now more open, those who have had experience talking to Khae are now telling their friends about the benefits of counseling.

Last year, we had two families refer themselves for family counseling after hearing about another families’ positive experience–a huge accomplishment given the bias against counseling, particularly by older people.

Two years on, Khae is seeing the impact of her hard work. Counseling “helps the kids trust and believe in us, it helps make them braver to talk to us, even about issues they’d usually keep secret and not tell anyone. Counseling helps Khae know what issues the students are facing, and she can give advice and support to them, about how to protect themselves, and prevent the issue from happening again. 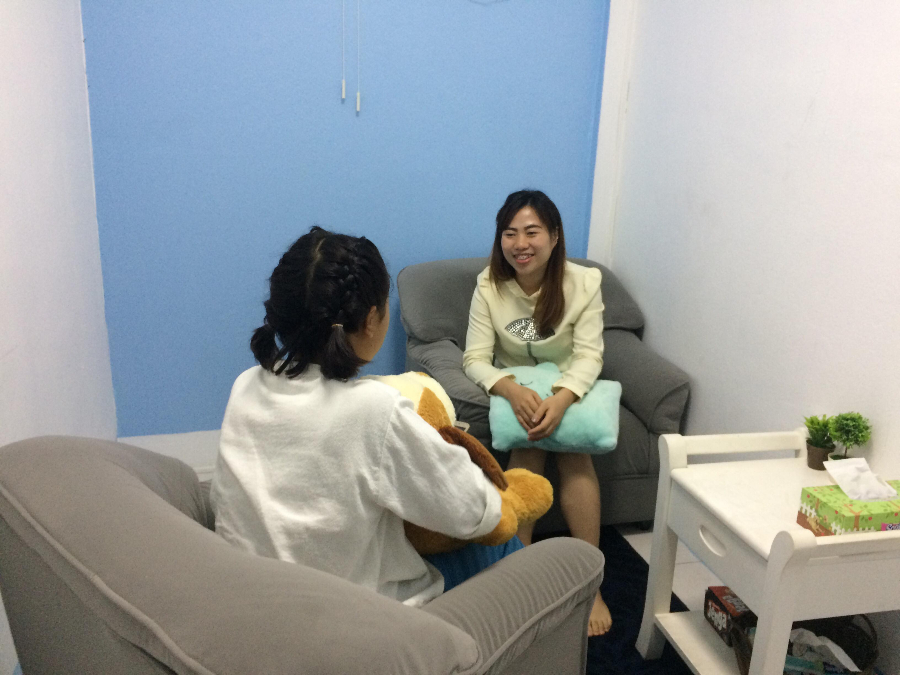 Usually people come and talk about their relationships–within their families, with friends, with the boyfriends and girlfriends. Khae says she believes that “this generation is spending a very low amount of quality time together, they are spending more time online. Even if you’re video calling, it decreases the connection, especially the emotional connection. Talking face to face helps us understand each other more.” Counseling helps process those problems, and give students new points of view and advice.

“In the past, students were invited into [trafficking situations] by their friends, or the kids themselves wanted financial security so they’d go. But now, it’s changed so that technology and the internet is playing a big role. Kids use programs to talk to people online, which can open the door to grooming. For example, talking online, flirting with students, talking to them, saying nice things, then making plans to meet in person. Or if a student uploads a photo, that can get around quickly. It’s easier to get access to the students than in the past.”

“We have recently had two cases of students who have depression and problems in their families, so that their families cannot care for them. There’s a risk these students might commit suicide, because no one is caring for them. They’re both around 16 or 17 years old, so they’re not adults yet. Their decision making and ability to look after themselves isn’t good yet.” Khae says when I ask about cases that have impacted her personally.

“We have to help their families understand. We can’t look after students 24 hours a day, so we need families to help, but it is hard to get them to understand. Another issue is that teachers and other students often don’t understand either. Teachers tend to assume a student just doesn’t want to study or doesn’t care, they don’t understand depression.”  The Freedom Story intentionally works with families, schools and teachers to ensure students facing depression are well cared for.

In honor of International Women’s day, I asked Khae why it was important for women to be involved in changing communities. She pointed out that women and men generally have different strengths. “To work for a better society, you need men and women. Women can use their spirits to understand. They understand more, and have motherly instincts in them already….For women, if they get the chance to work, they are also strong, like men. At this time, women are progressing fast and going far. Women’s strength is something that is very important for the world, just like men. But if women can do something for society, it has a lot of power.”

She admitted that for her, starting the counseling program was hard. “When I first opened the program, I thought it wasn’t going to be possible. Many people didn’t know [what counseling was] and they didn’t understand. But I believed in myself. I was determined to do it, to try, as best as I could. People would react however, that was up to them. And in the end, because I believed in myself and I tried, I could do it.

“I want to tell everyone that, women, every woman, can do big things for society, if we believe in ourselves, and try do things as best as we can.

“I had to set up everything myself, but I believe that God will be the one in front of us and give us encouragement to go forward. At first it was really hard, doing everything by myself, and starting with nothing. But thank you, Freedom Story, for believing in and trusting in me, and giving me the chance to try. If TFS didn’t believe in me, and didn’t give me the chance, I wouldn’t be able to do this.”

This article was written by: 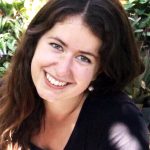 Lucy McCray is The Freedom Story’s International Liaison, based in Chiang Rai Thailand. After completing an MSc in Development Studies from the London School of Economics in 2015 Lucy moved to Northern Thailand to work on the areas of human rights, and anti-trafficking.