This month’s news round up includes features involving The Freedom Story!

The Freedom Story in the News 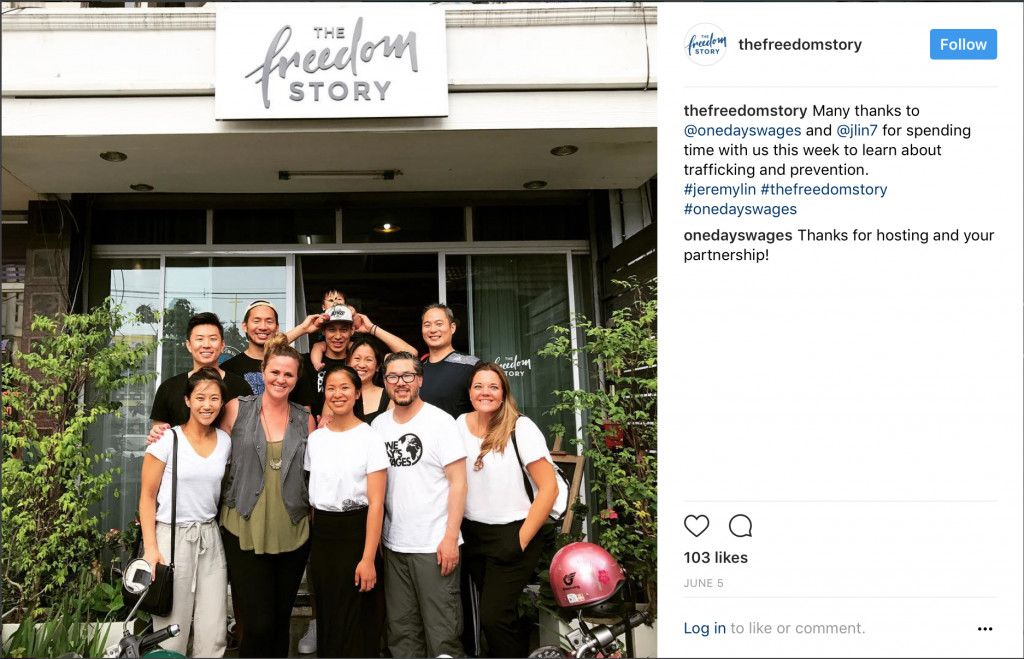 Brooklyn Nets’ point guard, Jeremy Lin, traveled with Pastor Eugene Cho from One Day’s Wages to learn first hand about sex trafficking in Thailand, how and why the exploitation happens, and what can be done to help alleviate the problem. Jeremy Lin, who has donated at least one of his game day salaries to One Day’s Wages, has said the experience changed his life and perspective. He is also supporting our partners at The Hug Project–and visited us at The Freedom Story.

Hundreds of Thai women Trafficked to US

“Hundreds of women were brought from Thailand to the US and forced to be ‘modern day sex slaves’, according to an indictment unsealed Thursday that charges high-level members of what authorities called a sophisticated sex-trafficking ring that concealed millions of dollars in earnings.”

“The leader of Thailand’s military junta, Prime Minister Prayuth Chan-ocha, will visit the White House in July following an invitation from U.S. President Donald Trump.” Those of us in the anti-trafficking industry will be watching closely to see whether and how the U.S. might alter its position on Thailand and on efforts to combat human trafficking.

A Vacation with a Purpose

The New York Times recently published a personal essay on one woman’s vacation that brought her to Chiang Rai, where she learned more about trafficking and the sexual exploitation of children through the help of a local Akha woman, ECPAT-USA, and Altruvistas.