As part of our End of Year Fundraising Campaign, we’re sharing a series of stories about kids who have turned your support into an opportunity to THRIVE! Their stories have touched and inspired us, and we’re sure you’ll feel the same! This story about Surachai is about how been given a chance and some advice was what he needed to thrive. To help ensure more kids are protected against exploitation and are given the chance to thrive, be sure to donate by December 31–every dollar you give toward our $50,000 goal will be matched for double the impact!

“Because I was a mountain child, my opportunities were little because they thought my abilities were little. But my grades were good. In June, I will get my degree in auto mechanics,” Surachai says, smiling shyly. He has every right to feel proud of his accomplishments, and to reflect on how much he has changed and grown since he first became part of The Freedom Story’s programs.

When Surachai was a baby, his parents separated, putting his family in a difficult financial situation. As a member of an ethnic minority group which faces discrimination, and coming from a rural mountain village, he says, “My life has always been difficult. We never had any money.” Neither of his parents had ever gone to school. As soon as he was old enough, aged 8, his mother could not support him and sent him to a local children’s home.

He struggled as a child, admitting that, “I was very disobedient. I thought I wouldn’t finish 9th grade. I wouldn’t stay at the home. I’d go out at night. They almost kicked me out of the home because I was so naughty.” He carries this self-image so modestly, perhaps not realizing the impact being sent to a children’s home at age 8 might have on a young child’s behavior. 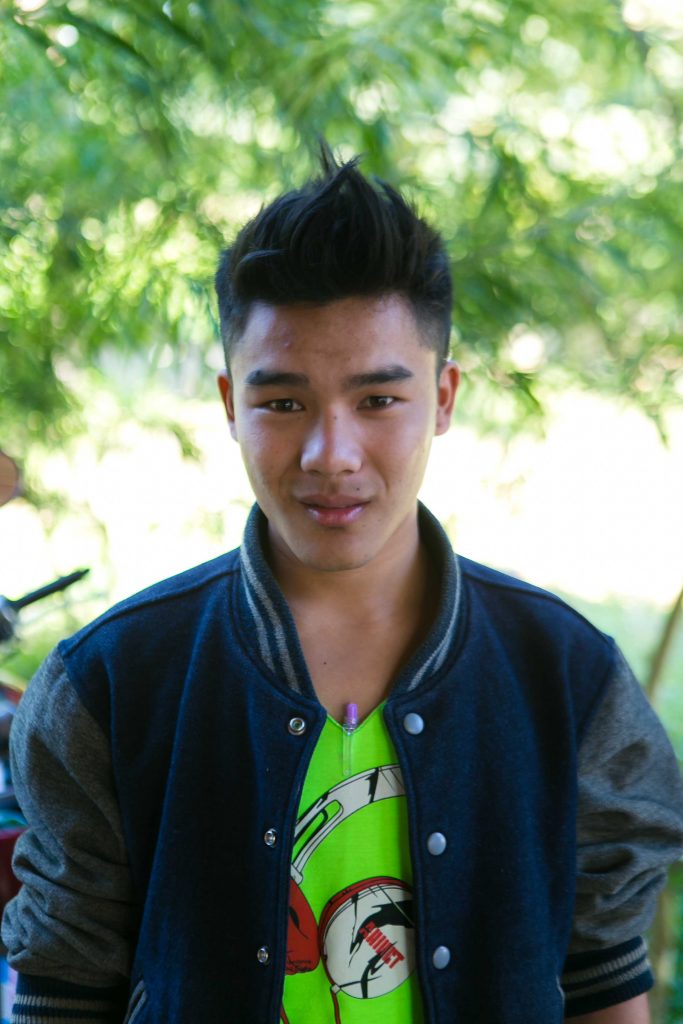 It was around age 13, in seventh grade, that Surachai first came to participate in The Freedom Story’s activities. He had just begun school in the city 30 minutes away from the children’s home. “I had to study more. I had to work hard to keep up with the other students. That first year in the city, I felt like everyone’s education in the city was better. I didn’t know any of the things everyone else already knew. Some of the teachers don’t care about children from the countryside. In my class there were two of us from the villages, and one dropped out, so it was just me. The teachers would take care of the other students but not me. I wasn’t sure if I would be able to finish,” he explains.

At the time Surachai was accepted into our Education Program, he lacked confidence about whether he would even finish 9th grade, so he was paired with a mentor and provided with the financial support needed to stay in school. He also said he had a great teacher who told him, “Those who have the chance to get an education should take it because many don’t have that chance.” This support was particularly important when he did finish 9th grade and his parents told him it was time to drop out to work.

“My parents didn’t give me any money. After 9th grade my mom said, ‘You don’t need to study anymore. You can go work now.’ They didn’t have any money to continue to send me to school. But I told them, ‘I want to study, and I’ll find a way to study myself and send myself to school,’” Surachai explains.

“When you only finish 9th grade you don’t have many choices for work, and so I chose to go to vocational school so I could work and study at the same time,” Surachai says. His parents continued to question his choices, but he supported himself through school working as a waiter for $2 per day, then later at a car dealership, along with the support of The Freedom Story.

His vocational program was a huge challenge, but support from The Freedom Story’s mentors helped him understand how to navigate teenage life safely. He says, “Many kids drop out at this age. Those who finish 9th grade need a lot of support to finish high school. They can’t think clearly. They are still confused about how to behave. Many people get into bad situations because they don’t have anyone to talk to. Advice is important. Other people’s advice helps us see different points of view and to go forward. With The Freedom Story I had a lot of good advice givers who followed up with me.”

Because of The Freedom Story’s support, Surachai was able to navigate high school successfully despite his challenges in early life. Particularly at the end of his vocational school degree, when he was considering studying further, he was completely out of money, and The Freedom Story was able to assist with his expenses, to help him get his degree off to a good start.

“Look How Far I Have Come!”

“After I finished my vocational school degree, I thought I wouldn’t study any more. But my friend had just completed their Associate’s Degree, so that inspired me to pursue that degree. From there, I decided to do my Bachelor’s. Now, my mom says, “Keep studying! You are so close to graduating.” In the past, I thought of dropping out, I was so tired. I had to work and study at the same time and was exhausted, but now I am so proud of myself. Look how far I have come! I never thought I could come this far,” he says, smiling shyly.

We continued to support Surachai through his Bachelor’s degree with finances and mentorship. “My mentor has had these same experiences, so he knows what it is like. I feel like I can talk really easily with him. Once, when I had a financial problem, he advocated for me.”

Surachai finishes his degree in a few months. He is extremely proud of himself, while also being aware of how his life might have been without The Freedom Story. “Preventing trafficking is important. It is very easy to be trafficked. In the evenings now, we see them all the time. Near where I live, you see kids working the streets. They’re younger than 18 and very at risk. Money is very enticing,” he says.

Surachai is thriving. He supports his mother and his younger siblings, who have graduated high school, and he will be able to move up at the car dealership when he graduates. Because of your support, we have been able to walk with Surachai for the last 10 years.

If you can help with a donation to keep our programs running in 2020, we can continue to walk with other at-risk students to help them lead thriving lives.

We believe prevention is one of the keys to ending the trafficking of children. When we invest in their education and growth, we not only arm them with protection against those who would exploit them, we help them thrive. If you believe in prevention like we do, you can take part by helping ensure our prevention programs keep running in 2020. Please donate by December 31st to help us reach our $50,000 goal and your gift will be DOUBLED! Click HERE to Give Now!