Waiting until they’re teenagers to teach about consent, for many, will be too late.

Perhaps because I’ve been working in anti-trafficking and fighting against child exploitation, I might be extra sensitive to the topic, but it is one that has been especially important to me as I navigate motherhood in raising my son. When he was really little, he loved to jump and pounce on me, and when I said it was time to stop, I began teaching him that it’s important to respect other people’s bodies and boundaries. It was a difficult lesson for him, at age 3, to understand. From his perspective, jumping on me was fun! Why wouldn’t I want to do that? He could not empathize with my poor pummeled kidneys.

Consent on the Playground

Consent really began to play a role from the first day of school. Right from the very beginning, it was an issue I had to help him learn how to handle. There were a handful of boys who used their bodies in one way or other (pushing, pulling, stomping, and hitting) to force other kids or even parents to do something they wanted. My son found himself being pushed and pulled all over the place as friends tried to get him to do one thing or another. If two friends were doing it, he’d be literally pulled in two directions. He learned what it feels like to scream “Stop!” and yet the other child wouldn’t.

Being on the receiving end of this kind of persuasion, he could finally more deeply understand me when I said it doesn’t feel nice when someone physically forces you against your will, and so he could understand when I said that we don’t use our bodies to force people to do what we want. We use our nice words instead.

When you’re dealing with little ones, the complex things we confront in life are sometimes far more basic and clear to see. With little ones pushing and pulling, it’s clear that the reason they do this is because they haven’t developed the language and social skills to ask nicely for what they want. They may not have learned yet how to persuade new friends to play on the swings when the friend is more interested in climbing the monkey bars. Frustrated and impatient with their own verbal inabilities, they resort to physical ones. Is it much of a leap to see a parallel with young men who, perhaps feeling nervous and awkward on a date, skip past asking nicely and try to persuade physically?

As they get older and pleasing friends becomes more important to them, the lessons in consent continue. At that age, it’s important to learn it’s okay to say no and that true friends would respect that.

Ten-year-olds know their bodies are their own but they rarely feel able to say “stop!” They tell me this is because they’re afraid of hurting their friends’ feelings, of making a fuss, of not “holding their ground” or of losing social standing. At three, there is no split along gender lines. This changes by age ten. Girls are less likely to speak out and more likely to put other’s perceived needs ahead of their own. Boys tend to puzzle over why someone wouldn’t enjoy something they enjoy and feel entitled to hassle their friends until they give in. If roughhousing is fun for them, shouldn’t it be fun for everyone? – Deanne Carson, educator

Consent is a concept that is both very fundamental and complex, with a lot of social nuances wrapped up into it. We, as adults, are still learning how to navigate it. Though we haven’t got it all figured out yet, it’s critical that we share these conversations with our children to help them learn too.

If you want to consider ways to teach children about consent, here is a helpful article. To learn more about how we’re teaching kids at The Freedom Story about body integrity and how the kids even used it to protect their friends when they were solicited by a foreigner online, read this piece and this piece. 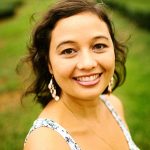