We’re so excited to share that Eugene Cho and One Day’s Wages are the recipient of this year’s Freedom Award!

Here’s a word about them from our President, Rachel Goble:

Years ago we applied for a grant from One Day’s Wages to fund our prevention awareness activities. As we continued to get to know them, and they us, a partnership that goes beyond simply funding began to emerge. I found that they wanted to engage the messy, the complicated, the gray areas. ODW founder, Eugene Cho, has said “I’m reminded of the incredibly messy and complex work of justice. Anyone that tells you otherwise is lying or selling you something. Run away fast. As non-profits, mission organizations, or leaders, the temptation is always there to put things into neatly packaged solutions… but that can be dangerous. And simply wrong.”

As an organization seeking to prevent child trafficking in Northern Thailand by creating a holistic prevention model, engaging the messy is a must. To walk alongside investors who have become friends in the process allows for more creativity, honest conversations about the needs, and problem solving beyond the simple. I am so incredibly grateful for what is truly a partnership with Eugene and ODW and can think of no more deserving group than them for this award. 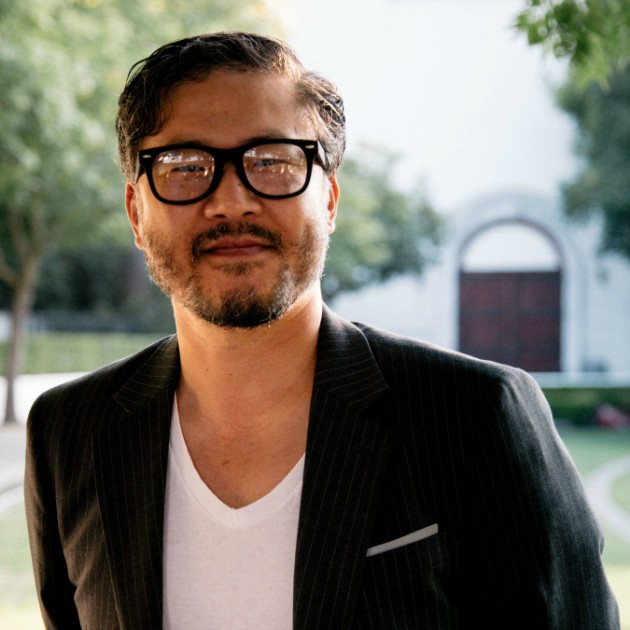 We asked Eugene Cho to share a few words with us too! Here’s what he had to say:

How did you first hear about The Freedom Story?

I first heard about TFS when it was called The SOLD Project. As a pastor of a church in Seattle, one of my congregants was deeply involved and invested with the organization and asked if one of the co-founders, Rachel Goble, could share the story of TSP at our church. Since then, I’ve been following the growth and work of the organization.

What inspires you to give to The Freedom Story?

Three things come to mind for me:

1. One Day’s Wages works around the various, complex issues of extreme poverty and one of our focus is to combat the reality of human trafficking around the world. We look for various partners that resonate with our vision and values

2. I deeply respect TFS’s commitment to work within the context, culture, and community that it seeks to serve. An important aspect of this is to employ and empower local, indigenous leadership. While I know and appreciate Rachel Goble’s leadership, I’ve had the privilege of traveling to Thailand and Chiang Rai on various occasions and have had the privilege of meeting and learning from the local leaders there. I’ve especially learned much from the leadership of Tawee Donchai.

3. I appreciate TFS’s commitment to ethical story-telling. The truth is that we can be tempted to sensationalize or glamorize the work of justice and in this case, human trafficking. At times, we do this by exploiting the dignity of the very people that we’re seeking to serve and in my opinion, there’s something incredibly tragic and poignant when good intentioned people seek to do justice…unjustly.

Has your experience with us changed your perspective or provided any insights for you?

If we’re honest, the term and issue of human trafficking has become a trendy or popular topic within the larger culture – and especially within the Christian community. This is a good thing because we need to shed light on the approximately 45 million people in the world that are caught in some form of human trafficking. But having said that, the issues are incredibly complex and nuanced and I appreciate TFS’s willingness to acknowledge those complexities.

Furthermore, while it may not make for “sensational” stories, I’ve learned – through TFS – the importance of highlighting prevention through education in the complex cycle of trafficking.

As we’re sure our readers can see, Eugene Cho and One Day’s Wages has not only been generous and supportive, they have been engaged and thoughtful partners. We are very grateful to them for all they do!