One of our amazing summer interns, Madelynn Emmerich, interviewed Matthew Evearitt and Greg Steward to get a behind-the-scenes look at the spoken word video they produced for SOLD this year. Check out the interview below to learn more about the creative process, the challenges they faced and what inspires them in their art and activism.

Would you two mind telling me a little bit about yourselves and how you two first became involved with the art that you both work in today?

Greg: I’ve always been a fan of music, rap, poetry, arts, and all that fun stuff. Apparently my mom said I used to write a bunch of stuff when I was a little kid. Then Jr High came around, rap became more popular, I kind of started writing stuff and practicing. It wasn’t until Senior year in High School, I actually started rapping with a buddy of mine on a semi-serious level. Then there was this really cool girl that I liked, who was into poetry, so I was like, why don’t I just write a poem. And then a buddy of mine was throwing a show, and he was looking for artists. I shared the poem I had written. When he heard it, he was like, “DUDE, I want to put you in my performance!” And ever since then I’ve been writing on a more serious level.

Matthew: Film, I’ve always been a photographer, I wanted to be a skateboard photographer when I first moved to New York in 2003 and then it didn’t really pan out. I started making skate video clips, and so I learned about editing through that and learned about trying to get good angles, or interesting angles that I thought at the time were interesting. They probably weren’t interesting to anyone else {laughs}. That and being able to experiment with different things with the camera and editing. But I never tried to do as much as I am now, since I moved to the Bay area in 2013. In New York, I thought that it had to be paid stuff all the time. I would get gigs, models, and events here and there and I thought that was good enough. But ever since I’ve been here I’ve really expanded my thought on what to shoot and when to shoot. To me I think it’s all the time and don’t worry about if you’re getting paid or not, ya know just do it and make something. Since I’ve been here, it really has sparked off a lot more ideas for me and opportunities like working with The SOLD Project, Greg, and a lot of Lyrical Opposition.

Why do you each do what you do?

Greg: As Matthew mentioned, I’m a part of a group called Lyrical Opposition. We’re a non-profit organization that focuses on the creative arts to help the community have a voice. I started it because it was fun and a good way to express myself. But now the reason I do work like this is, one, to bring attention towards particular causes like The SOLD Project. And then, two, I want to be an example for others to realize they too can be creative, they too can have fun, they too can express themselves.

Matthew: I like to use this as a creative outlet, and I also think, like what Greg was saying, if I can use my medium to bring forth attention to causes that I think are important, then ya know, I want to do that. The natural way that I can do that is by using film. Even for helping organizations in Oakland, I use film to bring attention to those organizations and what they’re doing. I want to be able to use that as a platform where people will be able to see what’s going on in Oakland.

Is there anything or person that inspires you?

Matthew: The Bay inspires me. Seriously, Oakland has brought to my attention all kinds of things that are happening that I really think are beautiful and are helping the community. I’ve always been inspired by that and generated ideas from that inspiration. Let’s do a project that starts a conversation about patriarchy or something like that.

Greg: I’m an inspiration junky. I get inspired off of everything. This guy {points to Matthew} inspires me, stories of people overcoming inspire me, just creativity in and of itself inspires me. I’m that guy. One of my biggest inspirations in life has always been Bruce Lee. He always wanted to express himself honestly, and always wanted to work on his craft and become better. He had a very good way of being happy with his current abilities but never content always wanting more. It’s just a good balance, and I strive to do that with my art. I strive to be confident with what I’m capable of but never content to just settle.

What is your involvement/relationship to The SOLD Project?

Both: Rachel Goble and Oaklife church

Why did you create this video?

Greg: Rachel had a fundraising event, and she asked me to write a piece. I was like, “SURE!” So I wrote the piece, performed the piece, she liked the piece. She said we should make a video for the piece, to talk to Matt. Then we hit up Matt. And then I don’t know how much time went by, about a year I think, at least. Then we recorded the piece.

Matthew: Yeah, this was a long process. Greg wrote that piece for Rachel’s event. I had never heard it until Rachel played it for me. She had it saved as an MP3. Then I started seeing something in my head. An empty white room with a window. I was seeing just Greg saying this in the room and being in the room. And then you would see images of this girl, who ended up being Phyu. Who was young, maybe not a child but not a woman yet. Just standing there, staring, looking at something or someone, you didn’t know what she was looking at. I thought that through the words and between the cuts of Greg and this girl, the viewer would kind of get this sense of who he (Greg) might be talking about. Then the last, the end of the film, you would see them both together in the room. So the viewer would be left with the question, who is this person? 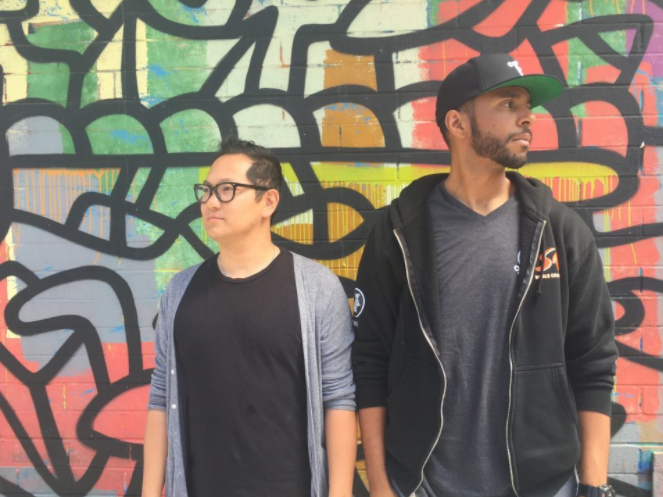 Who made the creative decisions for the video? Did you choose to have the girl, Matt? Or were this and other decisions more collaborative?

Matthew: It was collaborative. I just brought this idea to Rachel, and she took it and added her input and then Greg had some input too. We all were able to put our pieces into it the idea.

What does she represent to you?

Matthew: She represents the kids that SOLD project is trying to save through preventive measures.

Why did you choose to film this video in a blank room?

Matthew: I thought it was neutral and didn’t have a lot of baggage behind it. The context is a SOLD Project film, which obviously adds some baggage to it. But in the beginning, it starts off as this very neutral space.

Why did you choose not to have music during this video?

Matthew: Originally, I thought we were going to have music. Our friend Ben is a composer, and I put a track he sent me on it and sent it to Rachel.

Greg: I thought there was music. When you asked that question, I was like, DUN DUN DUN, little awkward turtle.

Matthew: Well then she responded, and she wanted to go with the acapella version. Sometimes I really enjoy acapella, ya know anything with a spoken word track at least. So I think it still works, and I like that. I would put music to it maybe sometime down the line if there’s a version two or remix or something. But I don’t think we’re ready for that {chuckles}.

Greg, your spoken-word piece began with saying, “What is it within a person’s heart that drives them to deprive another person the opportunity to choose?” Then you closed it by saying the same thing except instead of “deprive” you choose “provide.” I found that to be really powerful. Why did you choose to speak those as the opening and closing?

Greg: Sometimes in a movie you’ll see a scene and then it won’t make sense, and then they’ll have the rest of the movie and then they’ll end on the same scene that they started. I always thought that was cool, that it was a clever, artistic way to tell a story. So in the beginning, setting the tone, I wanted people to feel the tension of why do people hurt other people, right? After telling the story, I wanted to relieve them with the question, why do people help other people. So we created the tension, and now it’s like, now the ball’s in your court. Search within yourself to find out why you would help somebody. Instead of deprive, provide, so yeah. Just a little clever twist to leave them with a question in mind.

Any other comments or artistic choices you would like our audience to know about?

Greg: Thank you to Matt. I would challenge anybody that is reading, or listening or sees the video to share their thoughts. Because as an artist, it’s good to hear that people are seeing your stuff and all that jazz. But then as an organization, it’s also good to get feedback and to know the actions that you’re taking are being noticed.